Thanks to significant contracts with two of our biggest clients, Nova Studios Ltd is pleased to announce that our team is expanding with two new members – Josh Moore and Harriet Jones – joining the company.

We think that one of our strengths is our ability to produce beautifully shot and edited films with people and stories at their heart.

To bring out those stories you need to care about the people in your films. You can never ‘bang a film out’. Every job matters, every shot counts and every person you meet is equally important.

So it is vital to us that anyone joining the team cares as much as we do.

Both Harriet and Josh had already established their own reputations before joining Nova – Harriet as one of Hull’s leading journalists and Josh as the city’s leading young filmmaker — so we’re both proud and honoured that they’re with us. 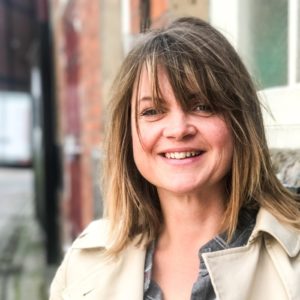 Born in Lancaster, Harriet moved to Hull aged 9 and went through her secondary education at Malet Lambert, before returning to Lancaster to gain a degree in Culture and Communication Studies. After stints as a reporter on the Reading Evening Post and Manchester Evening News, she spent a year in New Zealand on the South Island national newspaper The Press, then came back to join the Hull Daily Mail, working for three years as crime reporter, eventually leaving to work as a freelance for the national press, magazines and as a writer for the University of Hull.

Harriet’s first big freelance job with Nova was to research and supply all of the archive footage, headlines and photography for Hull 2017’s hugely successful Made In Hull opening events.

“That was a wonderful job to work on,” explains Harriet, “to be so involved in the creation of such a significant event, and to be immersed in the city’s stories… And then to see your work presented so imaginatively, on such a big scale for such huge crowds – we all felt so much pride in having been involved.”

As well as being an excellent researcher, Harriet is a natural producer – she works closely with clients and participants, she can hustle, solve problems and make things happen whilst always ensuring everyone is happy with the process.

She’s also a great interviewer and loves making films: “Helping people find their voice and tell their stories, helping them to feel at ease and confident – that’s when you know you’ll get the best from them, and that’s what I love doing.” 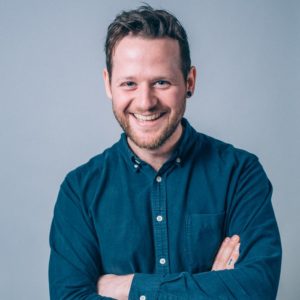 Burnley native (Burnlonian? Burnleyite? Burner?) Josh Moore is rightly regarded (alongside our own Mr Alan Jones) as Hull’s (other) finest shooter. Whilst studying for a degree in marketing at The University of Hull, Josh began working as the house photographer at Hull’s legendary Welly Club and also started making skate and BMX films – honing his skills and pushing the limits of what he could achieve visually from the gear he was working with.

After graduating it didn’t take long before he found a growing demand for his skills, with bands, theatre companies, festivals, marketing companies, the City of Culture team and many others calling on him to produce films.

“What I’m good at is understanding the situation quickly, finding the story and getting straight in.” says Josh. “I love working with light and movement when I’m shooting, but I love to push the boundaries of the equipment too. It’s important to keep on top of all of the technology – lenses, gimbals, slo-mo, 360 – there’s always new stuff that can bring something unique to the way you work.”

After five years of successful self-employment, Josh is looking forward to working as part of a team: “It’ll be great to work on bigger projects and bounce ideas around with other people, whether that’s the way we shoot or the way we edit – keeping things new and exciting is what makes the job great.”

So now Nova is bigger and even better. We’d love to talk to you about any work you’re doing, and if you work with Nova you can be sure you’re working with people who are not only creative, but people who care.

Give us a call – it dunt cost owt to talk.