How to find the right music for your film

The right choice of music makes a massive difference to the impact of the films we produce for our clients.

Music adds emotional ‘colour’ to a film. It establishes the tone, from tension, jeopardy and resolution to playfulness, exuberance, and joy; from reflection and introspection to business-like purpose and drive to succeed.

Morning or night, natural or urban, young or old – the pace, instrumentation, and arrangement of a tune all add to the story.

And where does this stuff come? We buy it from production music companies such as The Music Bed, Premium Beats and many others – that’s where.

Back in the 1920’s the first ‘library’ or ‘production’ music was produced by De Wolfe music to provide off-the-peg scores and later recorded music for silent movies.

The film industry grew, and then – in the 1950s, 60s and 70s – the TV industry too, alongside a growing demand for music to underscore corporate films; all of which saw a boomtime for ‘production music’ companies such as De Wolfe, KPM and Bruton who employed some of the best composers, arrangers and musicians to supply theme tunes and musical ‘cues’ to enhance excitement and emotion in shows such as Randall and Hopkirk (Deceased), The Man From U.N.C.L.E., The Sweeney and so many others.

The demise of analogue film as a medium and the rise of digital, together with ever greater internet speeds, means that in 2019, Nova Studios Ltd are one of many ‘boutique’ video production companies across the world who produce the masses of videos that fill our social media pages.

So how do we choose the right music for your film? 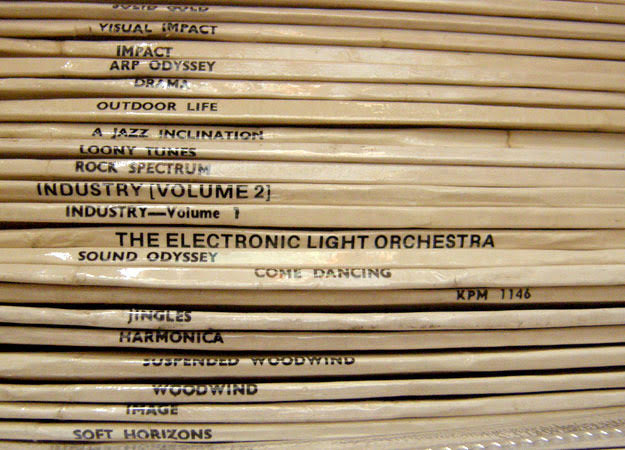 The first factor is the budget. You might want Thelonius Monk or Coldplay, Steve Reich or Ariana Grande but licensing those tracks will cost you thousands, maybe millions, of pounds. Music needs to be licensed – that’s how musicians make money. We all know they’re lazy good-for-nothings, but the poor sods need to buy their drugs and soup.

So you’ve got two options:

Option 1 is great – but it ain’t cheap either. In the past we’ve worked closely with Hull-based musician/composer Steve Cobby to produce original music for the City of Culture bid film This City Belongs To Everyone and the Fruit Market promo for Wykeland Beal.

It’s a very involved – and very creatively satisfying – process. It means you get unique music tailored to your message and imagery – but it takes days of work. If you’ve got some budget then please consider this route – we love doing it.

But most of the time our clients need something quicker and cheaper – and that’s when the production music companies come in.

Most of the time (not all of the time) we pay between £50 and £150 to license a production music track for use in the films we provide. And sometimes we tear our hair out and spend hours searching for something that we feel will do justice to our valued client and the excellent little film we’re making for them.

Why does it take so long? Because production music libraries are filled to the brim with some of the most horrible music you’ve ever heard. Dreadful motivational soft rock tunes with names like ‘Corporate Uplift’, wince-making techno-esque horrors called ‘Our Team Is Strong’, or dreamy pan-pipes and strings with titles like ‘Savannah Dawn’.

And then there are ukuleles for when people want to be cheeky and fun.

But we love it when clients give us guidance. It only has to be a few words. Maybe you know the sort of genre you’d like – techno, indie, folk, minimalist, musical hall, ragtime, grime, prog rock – don’t be afraid to say.

Or maybe you know the sort of vibe you want – uplifting, sombre, playful, inspiring, sunny, child-like, tense – again, this info really helps us.

Or tell us the famous tune and artist that you’d have if money were no object – you can’t have Someone Like You by Adele because you can’t afford it – but knowing you like it will send us up a particular route as we listen through the endless library of cacky tunes in search of ‘the one’.

In the meantime, have a listen to this, one of the most popular tunes on Shutterstock’s Premium Beat.

Photo by Simon Noh on Unsplash.