A look back at “inspiring and exciting” sessions bringing Hull’s past to life – Nova’s digital and creative skills project with Hull: Yorkshire’s Maritime City

Four young illustrators from across the city have spent the last few weekends collaborating as part of Nova’s digital and creative skills project with Hull: Yorkshire’s Maritime City.

The programme, which brings together some of Hull’s best creative minds, will see the work of 25 writers, filmmakers, musicians and artists combine to create works celebrating the city’s maritime past.

It’s an opportunity for an emerging generation of creative Hullensians to learn new skills, enhance their portfolios and explore their own local identities.

Following on from the writing group, who kicked things off in June, the first weekends of autumn saw the programme’s illustration workshops take place.

The group, made up of Harry, Eliza, Lydia and Eleanor, all aged between 16 and 25, was led by Hull based illustrator Alice Beasley.

“Individual approaches influencing each other”

“I was so excited to meet the people involved in the workshops,” said Alice.

“And I was delighted that all four participants got along really well and it was great to see them all working alongside each other and bonding over the three sessions.

“All four artists created beautiful work in different ways, and it was great to see their individual approaches influencing each other.”

The group spent three sessions looking at the evolving dimensions of the city’s landscape and creating line drawings depicting its changing architectural make up.

Next, their illustrations will be combined with the work of later cohorts, who will focus on painting and sound-scaping, to culminate in a film depicting Hull’s historical development which will be exhibited as part of the maritime project.

Alice explained how the work came together: “The workshops spread across three sessions.

“There was an initial meet up and a tour with Paul Schofield, who I would highly recommend to anyone wanting to find out more about Hull’s history.

“We got acquainted with the studio at Juice – thanks to Alice and Jo for making us all feel very welcome!

“Then we got things started by reading through the script and chatting about the work we would aim to produce, making sure no areas overlapped.

“From that point we met each week at Juice and worked alongside each other creating images of Hull landmarks and characters mostly in pen and ink. 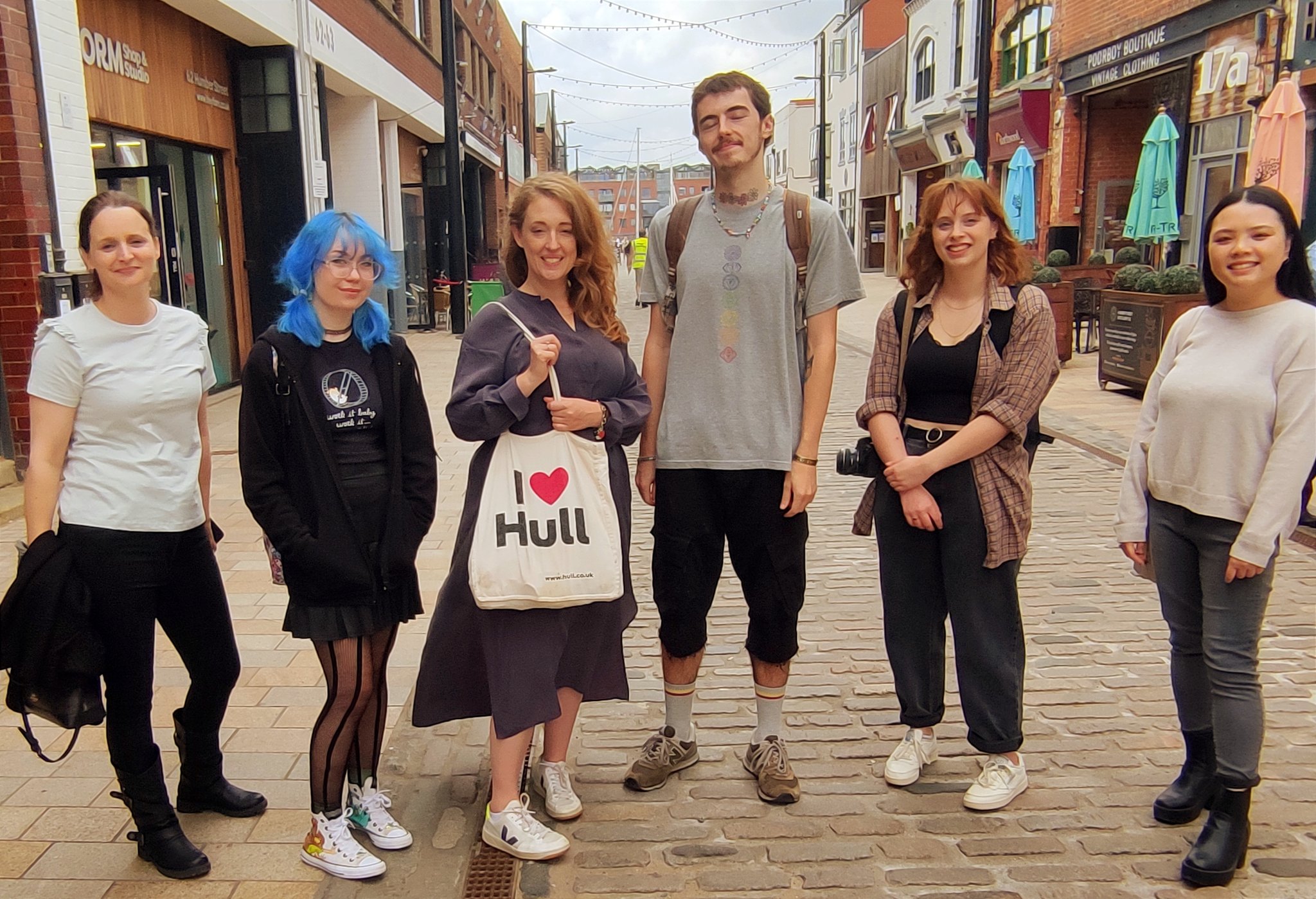 “People tended to focus on different eras, Medieval, Georgian, Victorian and modern day was all covered.

“As the classes progressed we would talk about our plans and how the work was coming along.

“All very inspiring and exciting so far.”

This creative programme is part of the £30.3m Hull Maritime project, funded by Hull City Council and The National Lottery Heritage Fund. Elements involve the refurbishment of the Hull Maritime Museum, restoration of the Spurn Lightship and the Arctic Corsair and regenerating the North End Shipyard, a hidden gem along the River Hull.

We had a fab time working with @hulluniunion on th